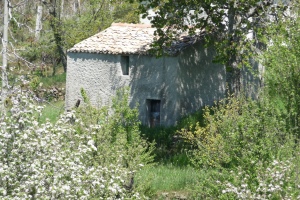 Yesterday was May Day and with it, one dream was harvested and a new dream was sown.  A pretty important and eventful day then, in any life.  How can I explain then, that this is going to be one of the hardest posts to write simply because so much has happened and so much is interlinked.  It involves our work, our house plans, our future, the way of life and my new family.  It involves the weather, the times of the year and the reasons behind what we eat and do.  So let me just tell you how the day went and anything else I allude to will have to be extracted from future posts.

I’d been looking forward to yesterday for weeks, a visit to Uncle Nino’s “summer” farm in the mountains,  a good 3,000 ft above sea level.  Many people in Reggio have their main home near work, near the city and the sea, but they also have a summer home, which for some is a place in the mountains where the air is a little cooler in the high season and sleep at night is possible without constant air-con.  Where the air is still and silent and a man can think .  We set off about 10.00am, following Cousin Umberto up through the snaking, precipice roads that only the Italians can build.  Higher and higher, we strained the engine to maximum temperature and increasingly worrying noises.

“Wow, look at Etna from here” I exclaimed, looking to my left.

“Mamma Mia!, keep your eyes on the road pleeeease!” Screamed Maria and Gina in unison.

After about an hour, including a short stop to check the burning smell coming from the engine and the tentative turning of a thousand blind single-track corners, we arrived at the farm.  Set plumb on top of the mountain it is the complete opposite to the terrain I would have expected at this height in Scotland.  It is surprisingly rich in soil and pasture, like a vast plain set on top of another country not 25km away from our own house and the ocean.  We parked between the two villas and were immediately swarmed with family, kissing and hugging and buzzing with welcome.  In Calabria, family is not defined by grade or proximity, no defining relationships by second cousin or a third once-removed, no nephews and nieces to this uncle or that aunt.  You are family and we are family, no more no less.

“You marry one of us and you are one of us, cousin Charles.  You have as much right to our home as we have.”

They even consider my mother, who they’ve only ever met once, as a proud addition to their kin and talk about her fondly for her “elegance and grace…..a woman to admire.”

” Please beg her to come and visit us again…..she’s been away for too long.” They all say.  The Clan has crossed another border in all our minds.

The table on the patio had been set for twenty-four and while Maria helped to provide cutlery and plates, Uncle Nino was heating the domed brick oven with firewood, ready for the dough that the women were kneading.  Peppered with sundried tomatoes, olives or pieces of ham, these loaves would join the pizza, lamb casserole (1 less lamb on the farm) and home-made sausages in one huge combi-oven.  Meanwhile, after watching Angelo plough the terraced fields on his tractor chased by Anna planting Ayrshire potatoes in his wake (between rows of apple, peach and cherry trees), Diego asked if I’d join him in one of the other fields.  He gathered some chicken wire from an out-house and we set off.  Down into a valley, past an old stone house dappled by the shade of the fruit trees, up a steep hill, across another field, through the spring in the side of the hill that provided the irrigation and up a flint track to the new trees.   Among a scattering of 200-year old chestnuts they were planting new rows of fruit and nut.

“Can you see where we’ve walked?  From the houses over to the old pines and across the valley?” asked Diego.

“You mean to that valley over there?”

“And beyond.  On the other side of the pines our land stops.  That’s where the Germans had an underground camp.  Better it is kept under the ground, the soil is no good there.” He said wrily.

Over the years the family have been buying up little areas of land next to their own. One brother with another, one cousin with another , they have been acquiring other fields and plots till now they must account for half the mountain.  Considering how far we were away and intent on our task of protecting the young trees, it was amazing how clearly we could hear the call for lunch from across the fields and valleys.  We finished our work and began to trek back through the long grass, slow and hungry.

“Watch for the vipers.” Diego warned.

“Just in the long grass beside you.”

“How long do you have between being bitten and, well, not making it?”

“And the nearest hospital is how far away?”

“Maybe about an hour…… if there’s no traffic.”

“So best to get bitten between the rush hours then.”

“Just don’t get bitten, is my advice”.  Chuckling when he turned and watched me, now tip-toeing along the path as softly as I could.

When we eventually arrived, the table had already begun to deliver its bounty to hunger and conversation.   This , however, was the first time I was to be left by Maria to fend for myself.  No interpretations, no help, no interrupting her conversation to ask for guidance.

“You’re part of the family now and you have to make yourself understood.  They love you and they want to talk to you, not me.”

A defining moment, and one of the happiest.  I felt I’d found my own voice at last, no more simple, polite enquiries about the weather and the kids.  By mid afternoon, after lunch and a couple of glasses of wine, I think I was even cracking a joke or two and (the best indication of acceptance) they were starting to take the micky.

“Charlie, do you like the mountains then?”  How do they know I hate “Charlie”?  I looked at Maria accusingly.  She pretended not to see me.

“So you’d stay here in the summer?”  Now they’re egging me on….. to tease Maria, who likes her summers on the beach.

“Would you like to buy a piece of land here then?”  Said Nino and Diego.

“Are you kidding?  To come up here with my guitar and pen ? Nobody but the sheep to annoy with my tuneless singing, to sit and write stories with nothing but butterflies and crickets to criticise?”

“We would help you build a little summer house.  A bedroom, bathroom and a kitchen/living room.  What more could you want?  Of course you’d have to help out with the planting and harvesting”  They added.

So, what about those dreams then?  Here I am; steady work and plans for rebuilding our own house in Pellaro under way,  looking across high fields that are raining cherry blossom towards a snow-capped Etna and truly feeling like I’m in the place I’d always imagined……The dream harvested.

“Would you be upset if I said I’ve already picked the spot?” I thought to myself as we started to pack up.  As it turned out, no they wouldn’t be upset at all.  Enough for a small summer house and a decent patio…..the mountain would be our garden……..  The dream sown.